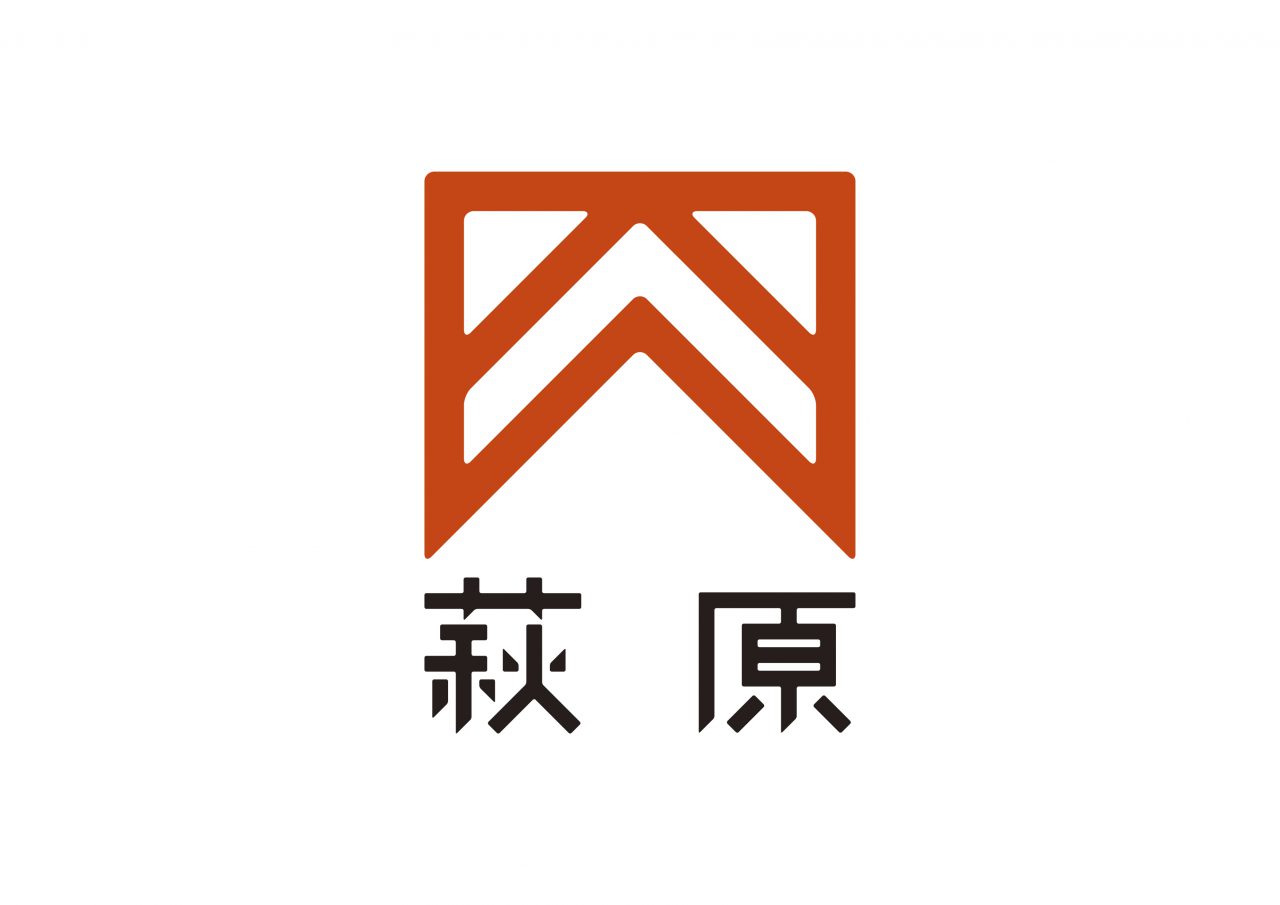 Renewal of the logo and packaging of a butcher shop established in 1947
The logo, reminiscent of the Japanese character for meat, symbolizes the history of two families.

We worked on the art direction and graphic design for Hagiwara Seinikuten, a long-established butcher shop in Kamakura, Kanagawa Prefecture. The shop has been in business since 1947, and we received a request to be part of their renewal. The new logo was inspired by our question about the fact that the current owner’s family name is Saito, although the shop is called Hagiwara Seinikuten (Hagiwara Meat Shop). Together, Mr. Mochizuki and Mr. Saito, the current owner, were granted permission to open a branch shop of the original Hagiwara Butcher in Yokohama, and they started the store in Kamakura. Later, Mr. Mochizuki retired and Mr. Saito took over the business. Noticing his respect for the history of the business and his loyalty to its old shop name, Hagiwara, the image of the two roofs, representing the families—Mochizuki and Saito—in one square building gradually evolved into a visual, reminiscent of the Japanese character for meat. Our aim with the product design was to increase the time for communication during sales. The meat logo printed on the packaging paper initiated conversation between the butcher and the customer, and we also proposed an idea to simplify the meat packaging process. This was the first time that we had a real sense of how a design could be integrated into, and function in, our daily lives. 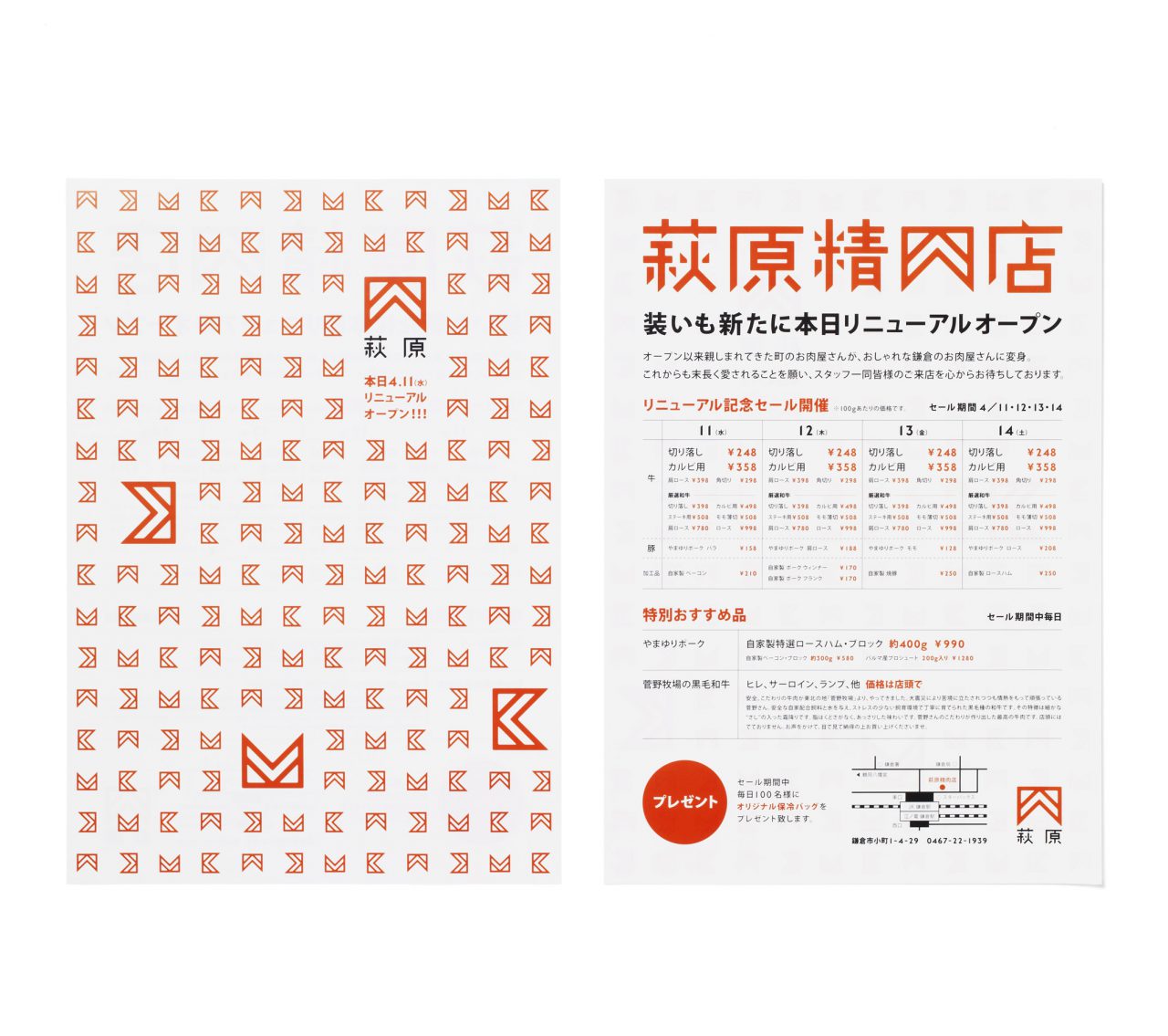 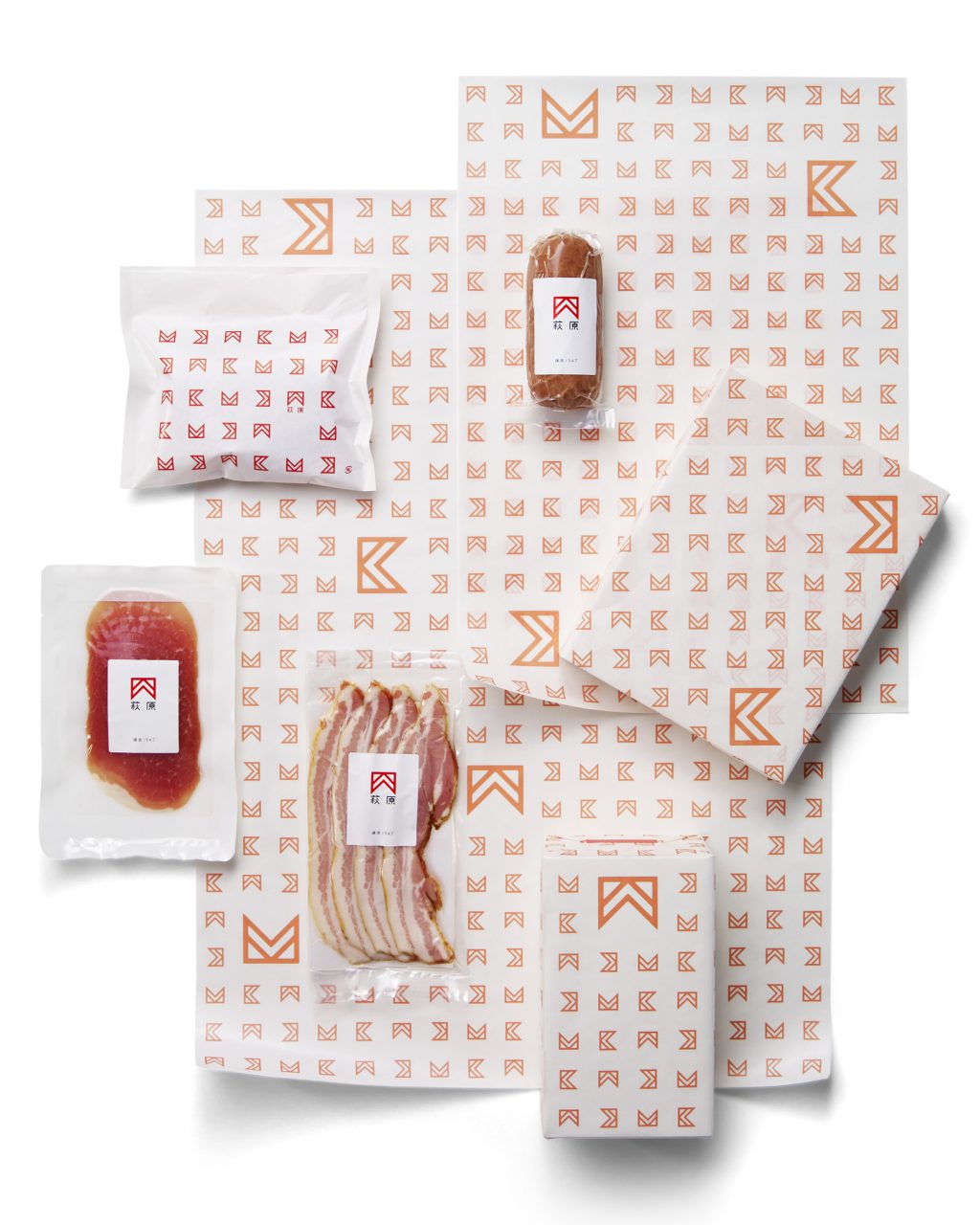 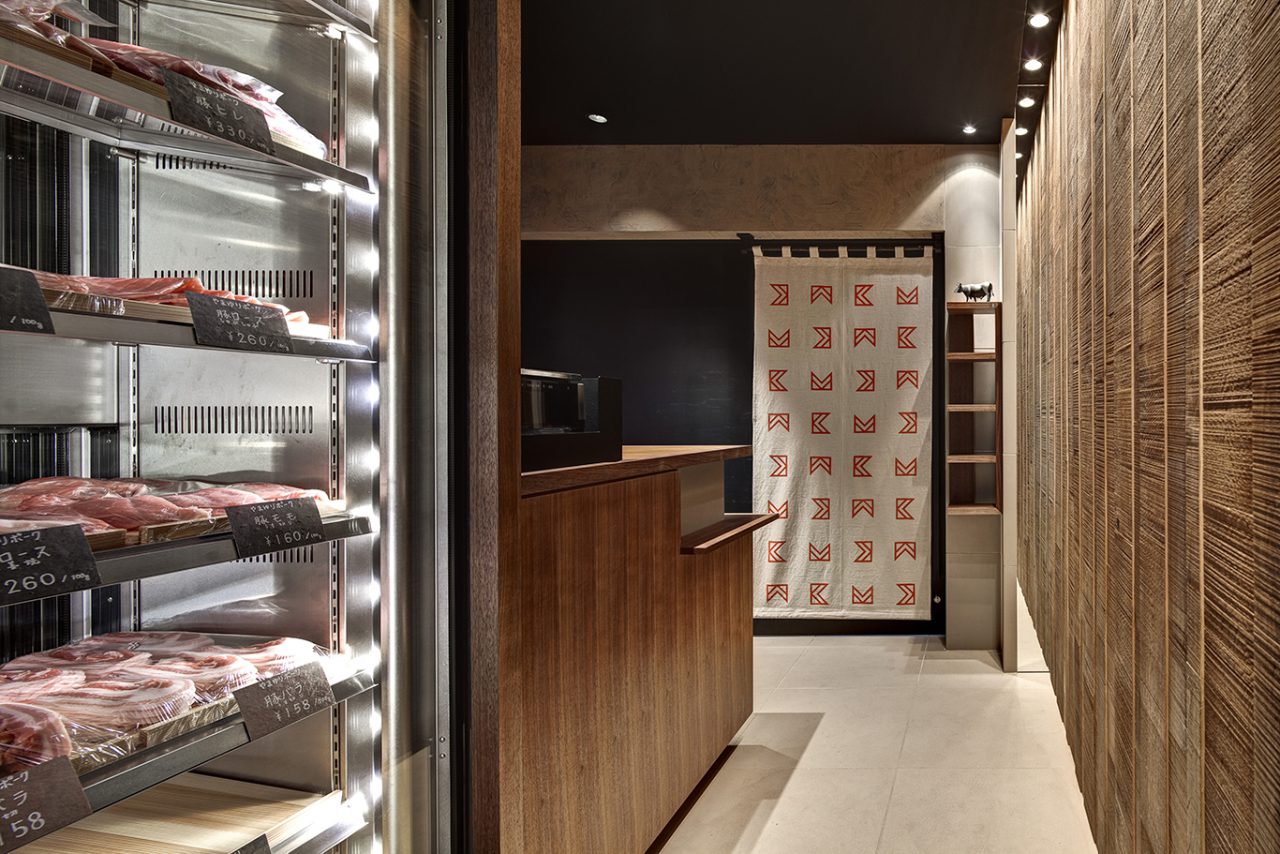 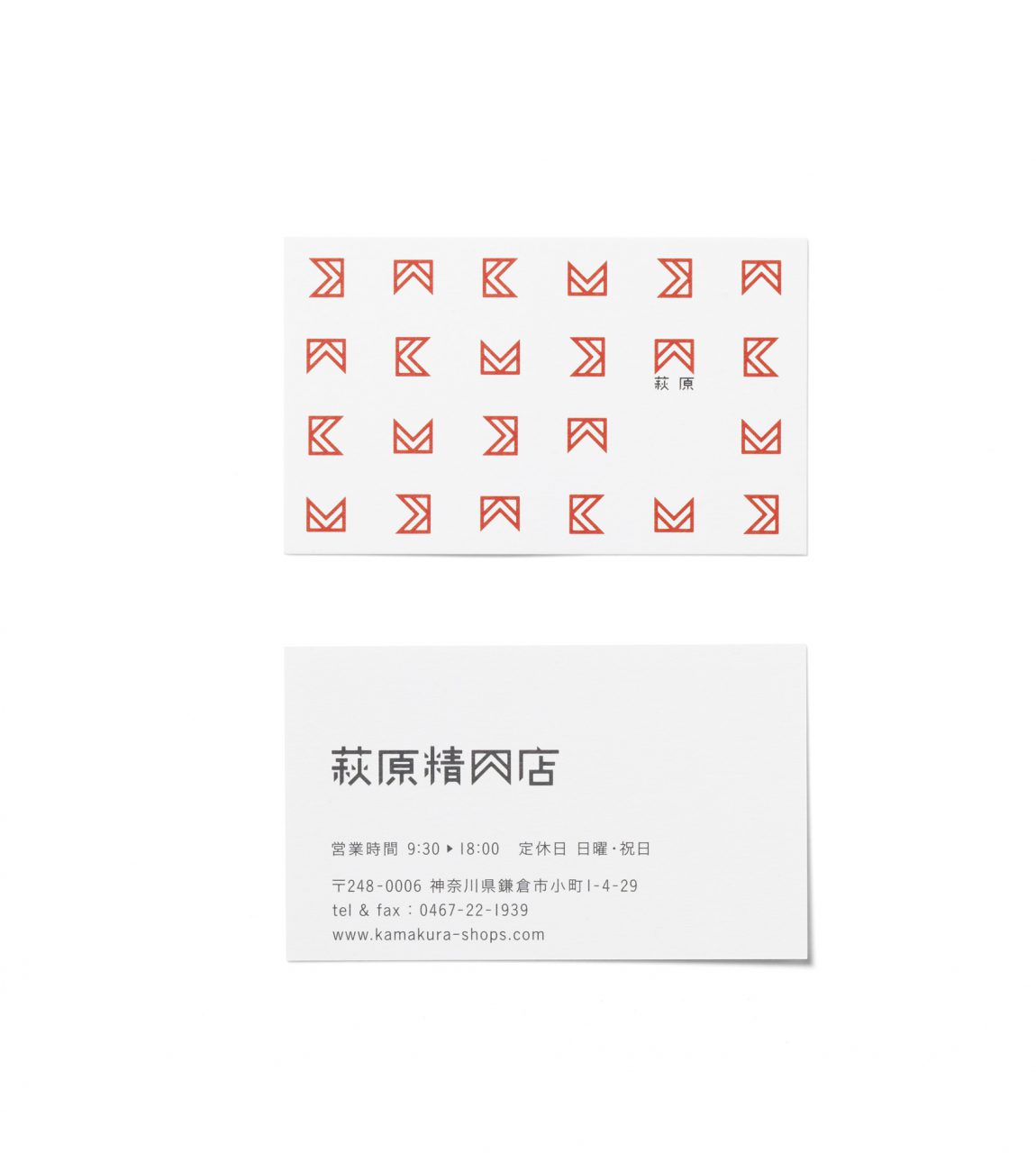 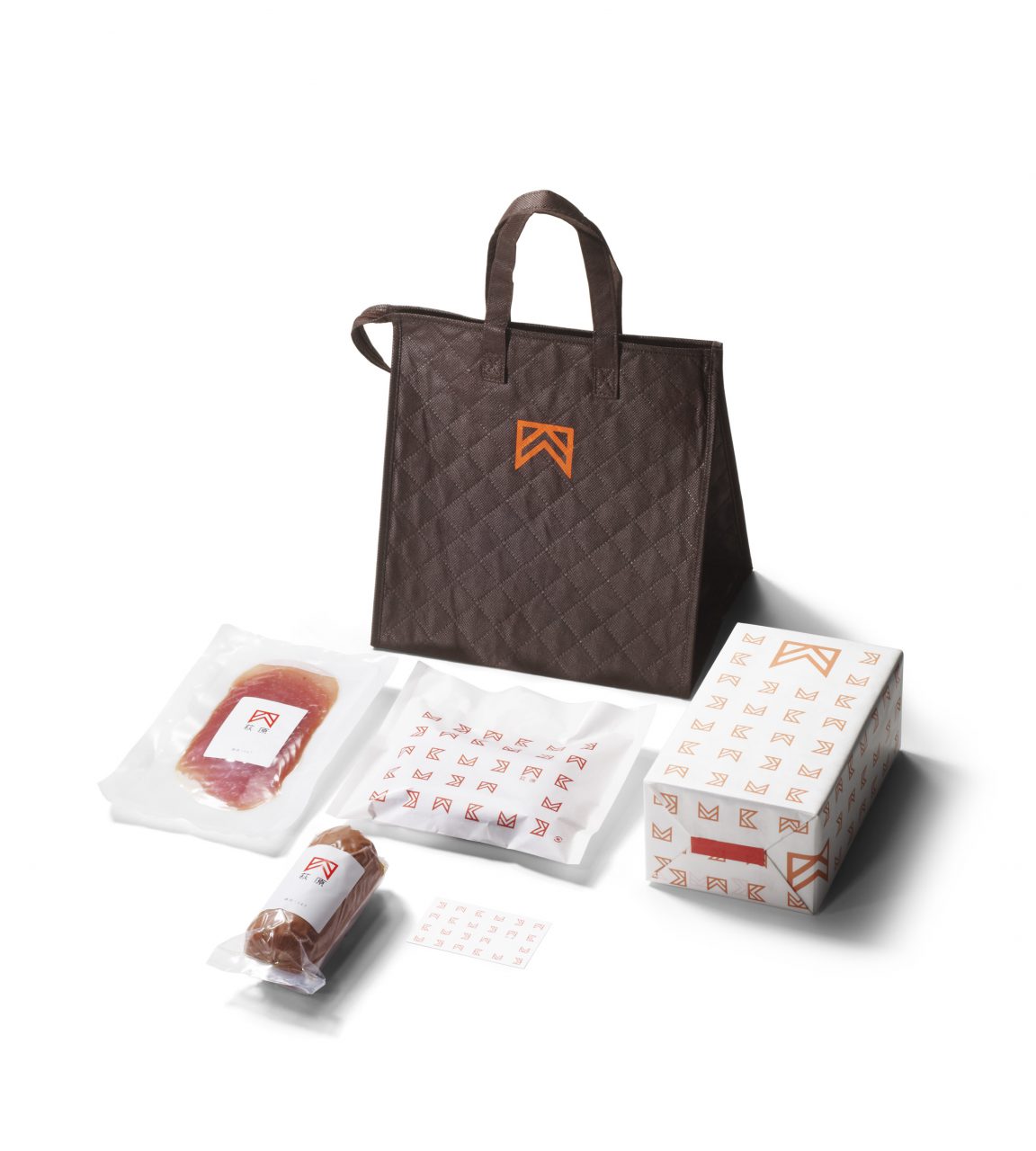 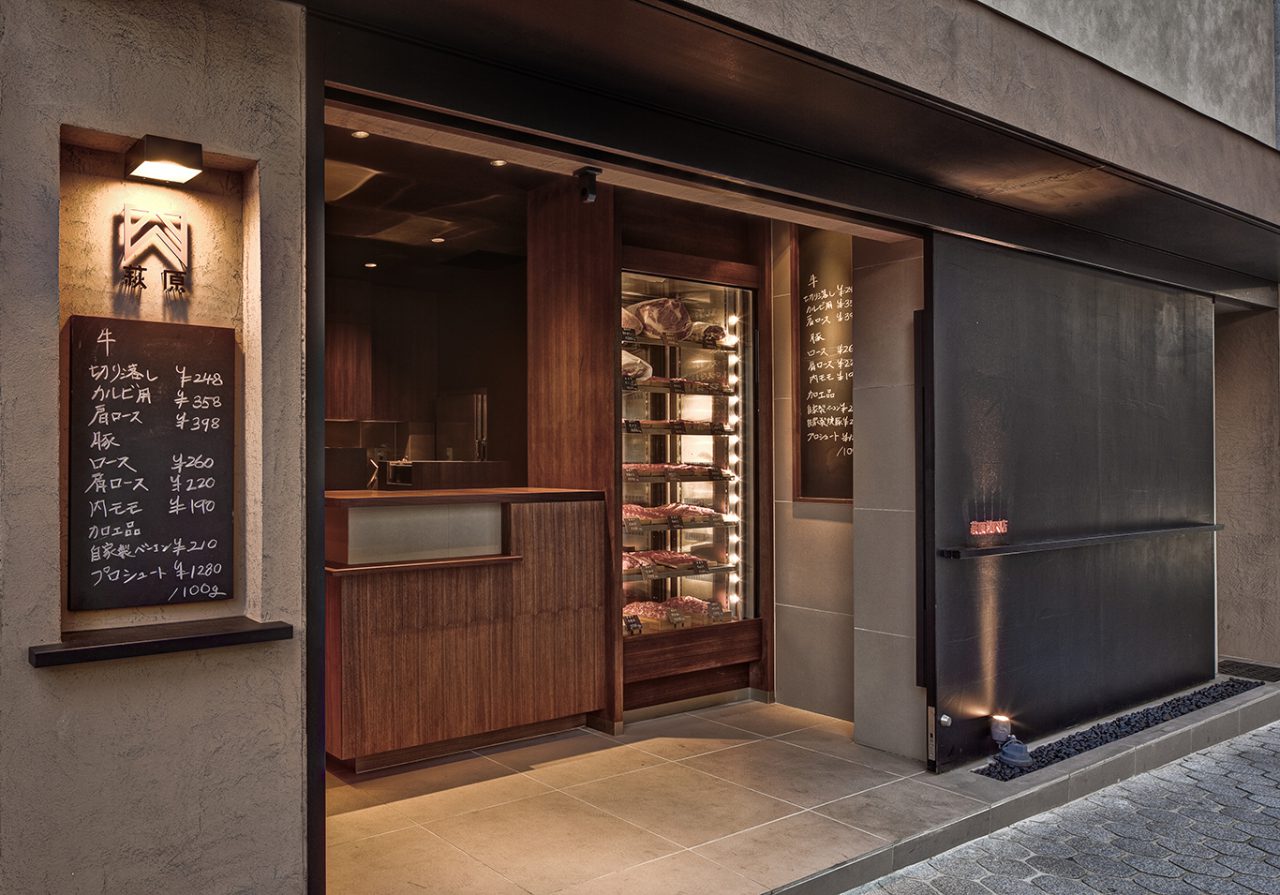 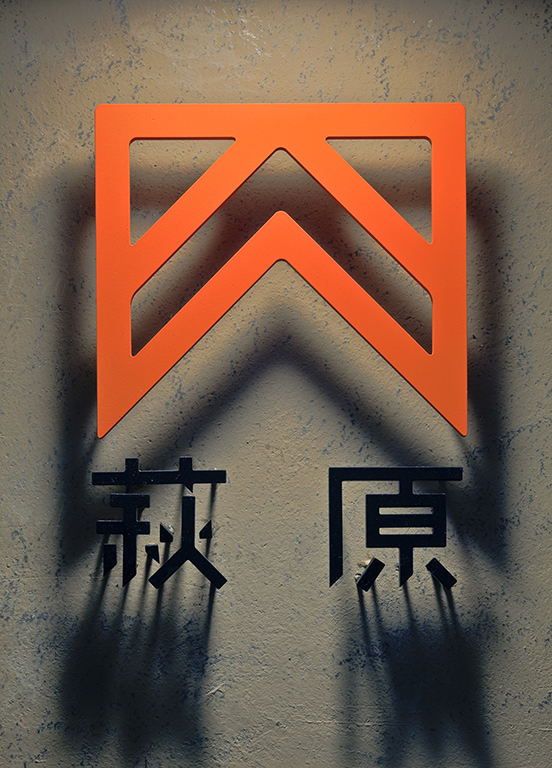 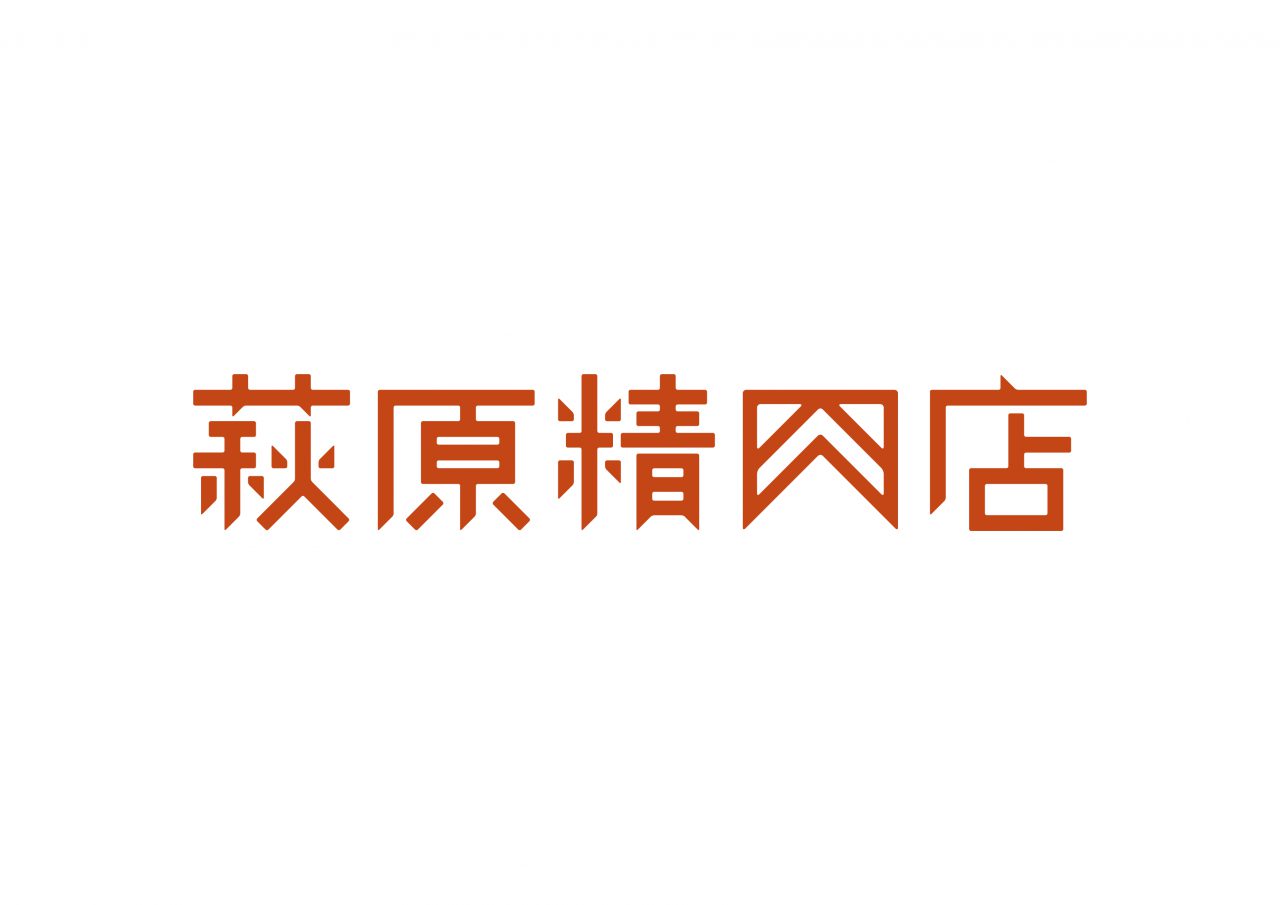 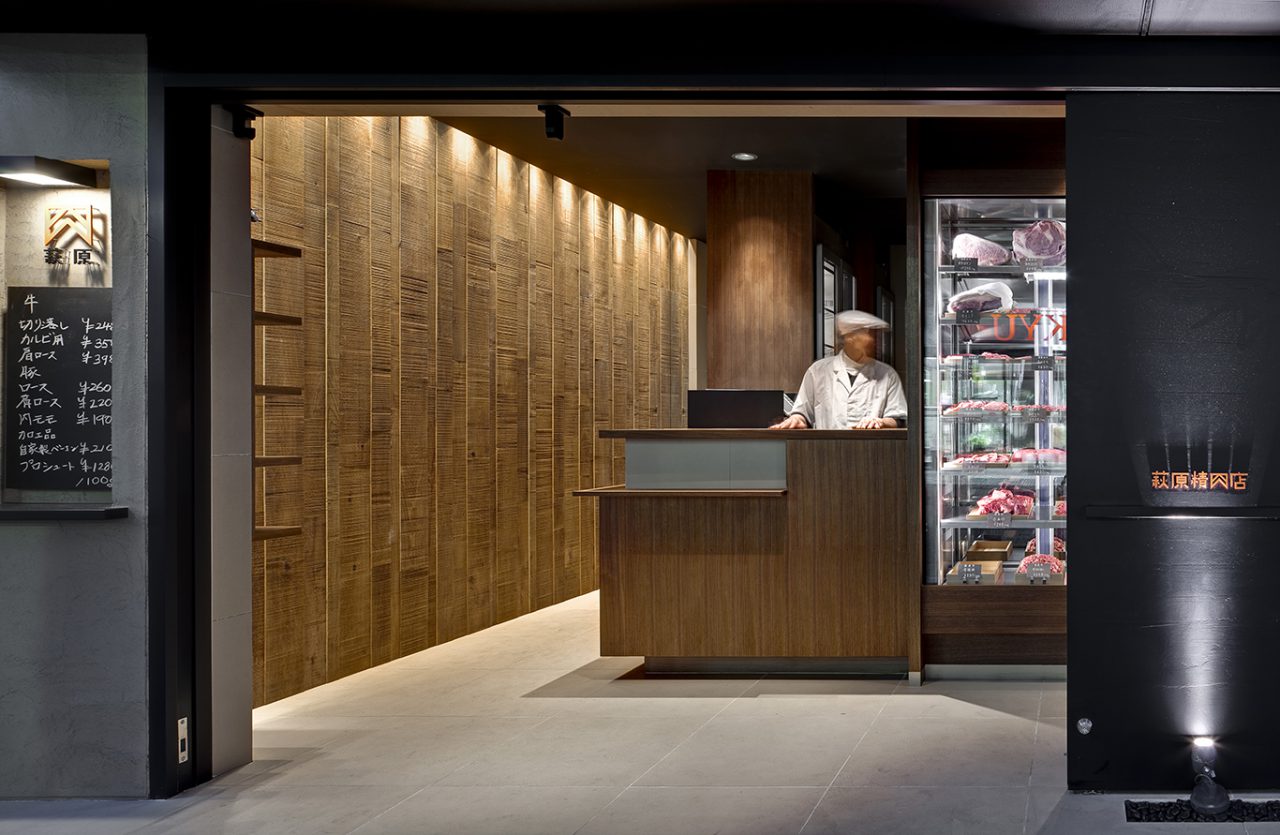 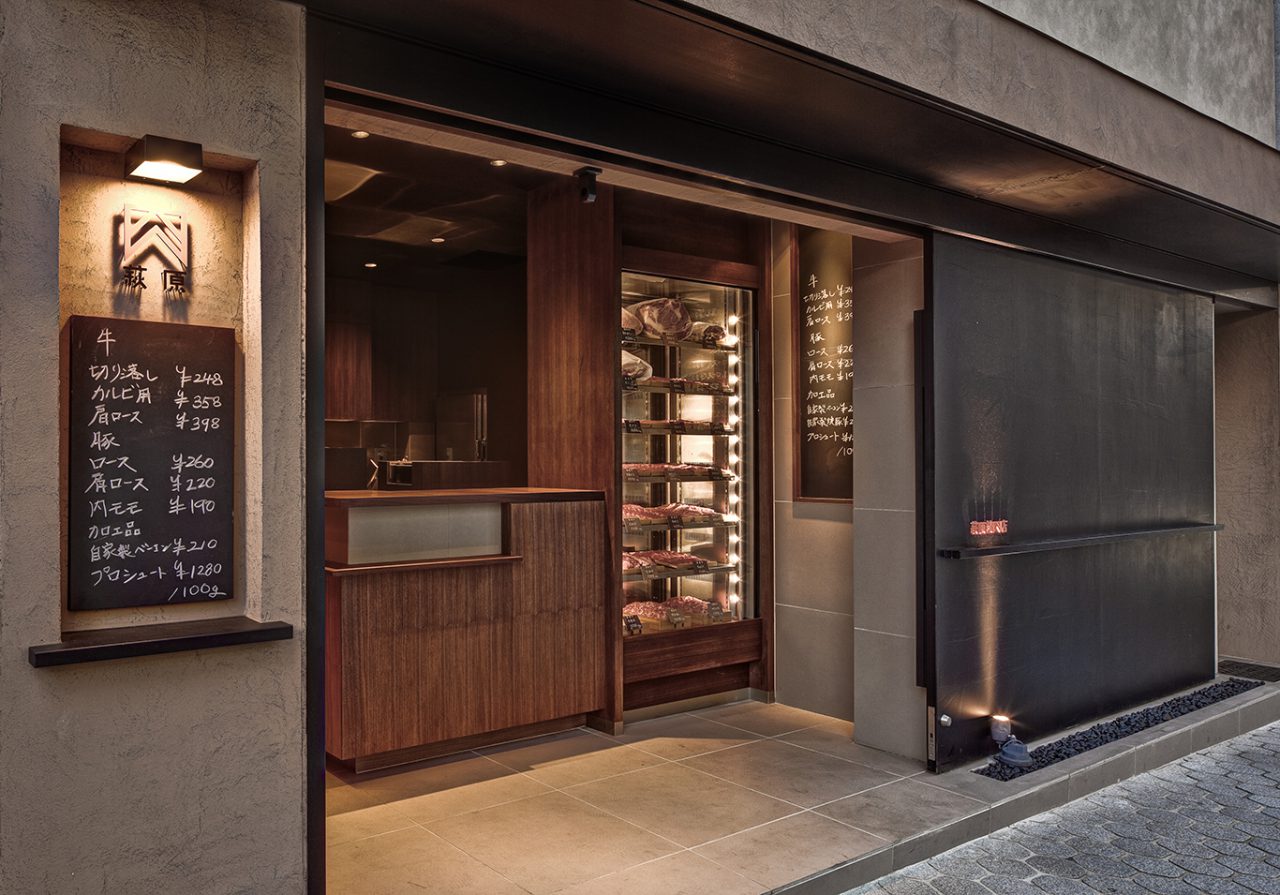 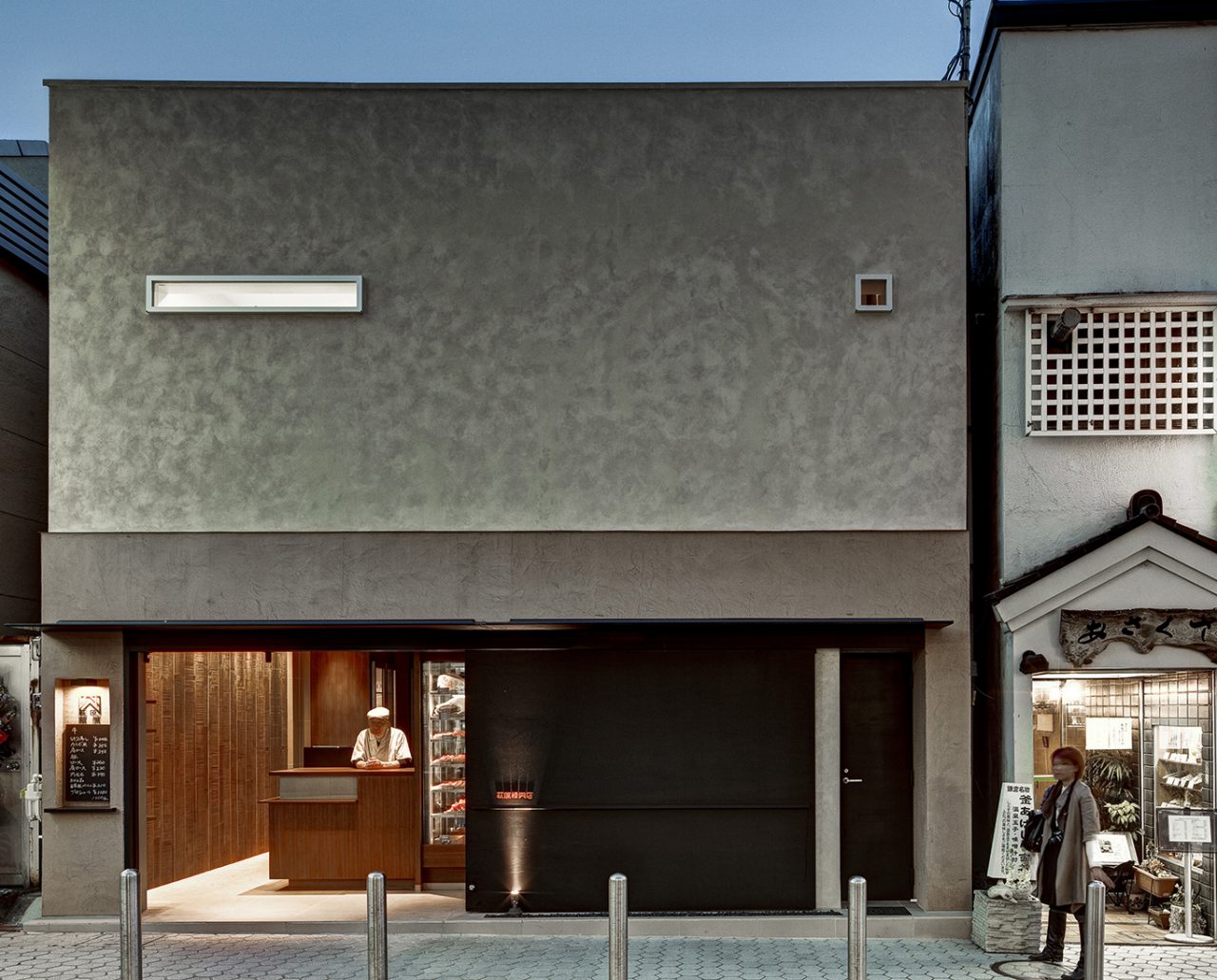 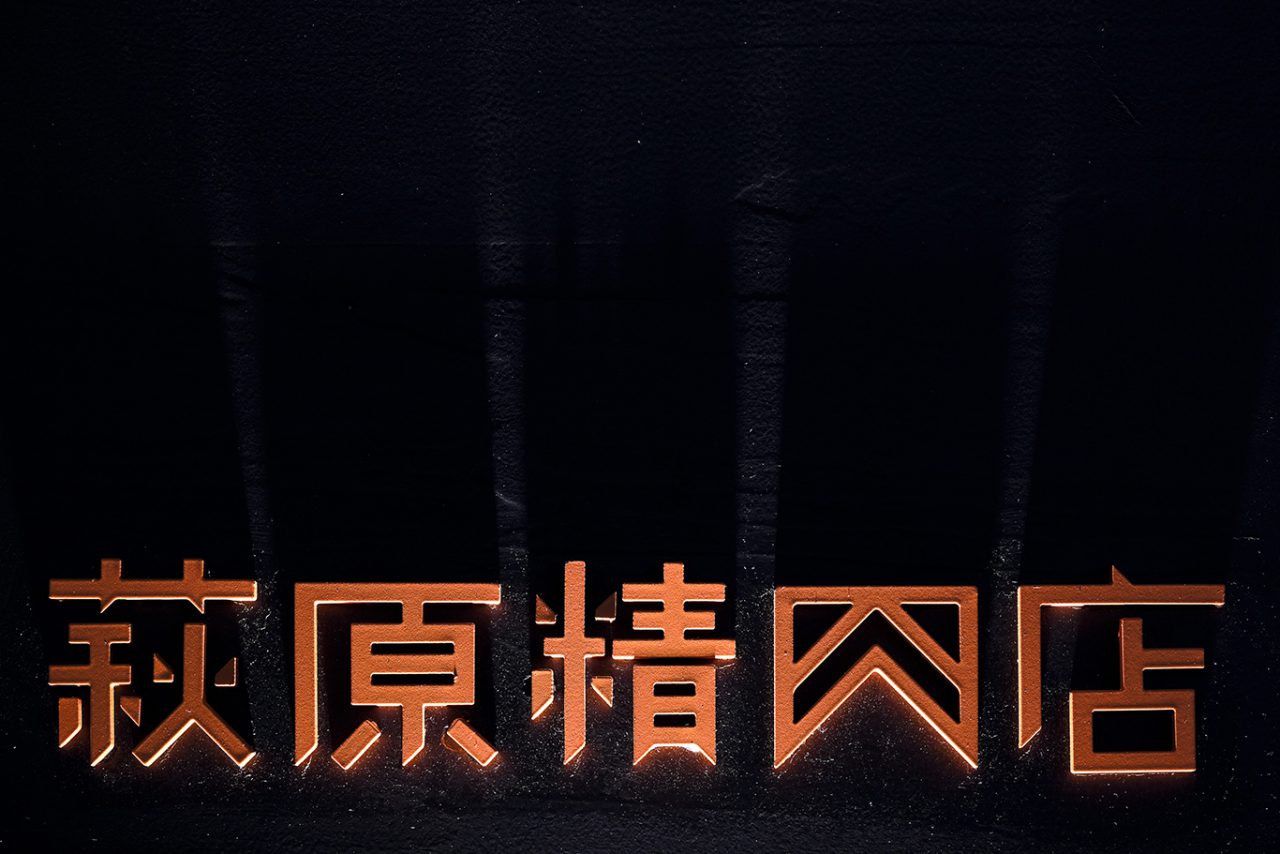